Hey there  sports fans!   Al here with the latest:

Here I thought that I wasn't going to be able to write anything or produce any kind of art work but I happen to prove myself wrong on this account.  Corvis Corrax is on the move and smashing up cosmic fiends left and right and taking names.  there is no two ways about this big bird!
Corvis is gonna fall what I call "Risky Sci-Fi".  A friend of mine asked what that meant.  To me, the term covers a variety of topics from sex, drugs, space rock n roll and all other types of social important stuff.  You know boring stuff.  Nah, that's just crap.  I plan on making this book fun but it is risky when you make the main character not human.  I don't think that you could have made Star Trek with Mister Spock as the lead or formed a show around Data for Next Gen.
Roddenberry already tried with that in the 70's with the Questor Tapes.  And it didn't sell.  BUT with the way the world has been changing over the last couple of decades it might be time for a non human character to take the lead.
So I am keeping my fingers crossed.

Posted by Tales From the Scratch Pad at 8:59 AM No comments:

Hey there sports fans, Al here with the latest:
This will be a short and sweet blog this time around.  As I had mentioned before the the business of Black Box is moving so with that taking place the updates wont be taking place for about the next two weeks from now.
This is DEFINITELY NOT like loosing the laptop computer about a month ago I can honestly tell you.  Way different situation  going on here with Black Box.
Now what might not be known to several of you faithful readers of this blog and the many readers of my emails that are sent out is this, many small time self publishers have a regular 9 to 5 day job.
I know that might surprise you but "How can you call yourself a publisher if you have a regular job?"  That's a easy answer, the economy and the internet.  Everybody that has a home computer or even a smartphone can set up online publishing fairly easy but that's the trick because it's so low in cost has made very attractive to people.  The other part of this penny dreadful is the economy.  I'm not going to stand here on the soap box and complain about the workings of the world but it is the world we live in and lack of people with money to buy entertainment with less and less money makes it hard everyday.     Even slightly bigger independent companies like Top Shelf Comics or Oni Press, the owners (I know at least one of the two these companies do this is a fact) work day jobs to support their passion for the illustrative narrative.  Black Box Visual Arts is no different.   But with a change of venue for the business that takes place at the same time as E.C.C.C. this year moving becomes even more dire.  So making the move early will making my coming back to work on the art that much easier in early April.
Now there are a few books I want to work on such as adapting the first Corpse Cop story to scratchboard and a new work which I talked about in the old blog called "Arctic Wolf ".


Also a potential one issue book featuring everybodies favorite birdman- Corvis Corrax!  I know a few people waiting this one. Johnny Vega's sidekick has always had a interest with people.  That why I will be looking at developing a single project with him in it.  That should be a lot of fun which comics should be.  There has been for over the last 20 years of making characters super serious and more "realistic"  I call bs on that.
My friend Jason of NEOtrash Comix have often times when traveling to a show together or just sitting around his apartment   the reason we got into reading comics.  The fun of it!  Perhaps I am still being naive about producing comics but it is that naivety that makes the images so cool.
I will return with Black Box Visual Arts in about two weeks with news of the Emerald City ComiCon 2012 along with images and possible video as well.
Posted by Tales From the Scratch Pad at 7:52 AM No comments:

Hey there sports fans,  Al here with the latest:

The weeks begin to dwindle down towards the big show for E.C.C.C. this year.

The count down is standing at about two weeks now as things move to crunch time for any last minute projects to be done (banners, posters, prints and original art work).


SPEAKING ABOUT THE BANNER,

This has been a major project for me as painting is not something I do on a regular basis.  So anyone who knows an artist that illustrates DOES NOT mean they can paint good.  Color can scare a illustrator real easy.  Mono chromatic images are usually are as far as a pen and ink guy wants to go.   But with the computer work I have done on the Johnny Vega, Man of the Future books  has helped a lot in this regard.  But as the banner nears completion the characters look good and the finish should earn a few nice complements from folks.
THERE ARE A FEW CHANGES TAKING PLACE:
What is meant by that is the office of Black Box is moving as well as some name changes to reflect the changing need of art.   In a world that is the constantly moving forward with acsess to new fast flowing media comics are waining in their sales.  THIS is particularly true of the show big companies like Marvel or DC.  With a character like Vega and him mirroring a lot of titles from them both the likelihood that he will ever be popular is further and further away.  This not to say that I will stop working on him but does say that the need for another space hero isn't as urgent as I had hoped.
With the move in the works the name of Black Box is going to be change as well.   the new company name will be Black Box Visual Arts.  The reason for the name change is with all the recent sales of the scratchboard in the local gallery market and the commission work as well as wanting to be perceived as a serious illustrator not just someone who dables in art and just happens to work on comics the back company  gotta change with the times and artists who want to be successful have to adapt to the 21st century.
HOWEVER what this doesn't mean is that comics are going away.  Not by a long shot.  Other Vega books and Corpse Cop projects will still continue to be drawn up for the  shows.  So will the minis as well 'cause they're fun to do!
Posted by Tales From the Scratch Pad at 9:00 AM No comments:

The Month to Come


THE CROSSOVER IS COMPLETED! 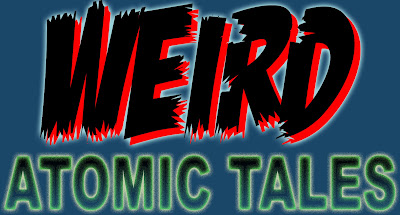 After nearly three years this monumental piece of work between two small press companies is now done.  Yea us!  The unveiling of this 60 page monster smack down will take place with this years Emerald City ComiCon in Seattle.  A major show with a major draw and potential major sales.   This show (outside of the San Diego Comic-Con ) is one of the biggest shows taking place here in the Northwest.  The NEOtrash crew, Devin and I are all looking forward to this event.  Also on top of the great personalities and great comics to bought is the fact there is a lot of great original art work to be bought.   So if you  happen to be in town for the show please stop by and say "hi" to us.


ALSO TO BE SEEN AND RELEASED is the first art collected for scratchboard.  Now most of you who get these updates already know that this work has been a major change in the way I do a lot of my work.  Last years reveal of "Corpsecicle" really did well for me at the show so a book deicated to the scratchboard will be on show as well. The title "Scratch Pad- a collection of art".  Its a collection of the illustrative art of scratchboard from the cover to cover. Of course this body of work encompasses all varieties of genres from fantasy to horror to science fiction.   Price has yet to be determined but a rough estimate would be around $8 bucks.   Unfortunately no mini will be available for this show.  Please no sad faces. : (


HOWEVER a mini of Weird Atomic Tales will be released in time for this years Stumptown Comic Fest.
This brings me to the  next item of business, Stumptown.   Again this year Black Box Comix will be tabling with NEOtrash Comix.  With the crossover done it makes sense to keep the fires warm for the advent of another project and coming down the road.  Hopefully it won't take as long to finish.     And on top of that we have been confirmed for Stumptown.


AND AS FAR AS SHOWS GO  There are really only five shows that I want to participate in this year.   One of which I am already in.  The Portland Love Show, E.C.C.C., Stumptown Comic Fest, The Jet City Comic Show and the Big 200.  I know recently I had said to a few people that I wanted to take a break from shows and books but once you've been bitten by the creative bug you can't stop.  Hopefully this won't mean a burn out for me.


DEVON DEVEROUIX will be attending  this years show with us.   I first meet him at a Stumptown Show about 4 years ago and bought a postcard of "The Transformed Man"  a.k.a. William Shatner.  Being a fan of the Shat, I bought the card from him and he asked me if I knew the story behind it.  I had heard of a vauge rumor that Shatner during the late sixies  had in fact taken some acid while playing Captain Kirk for Star Trek so in fact he WAS Captain Kirk.  Devon added to this myth for me.
Devon is a very accomplished artist in his own right,  painter and illustrator.     For more of his work check out these links for examples of his work. http://www.devondevereaux.com and  http://www.cacklingimppress.com


AND SINCE WE HAPPEN TO BE TALKING ABOUT SHOWS-  NEOtrash Comix has been accepted into the STUMPTOWN COMIC FEST for 2012.  Nice to be invited back into our own neighborhood backyard.


COMMISSIONS:  Still in a holding pattern for the time being.
As of this time a new commission has been put forth by a friend of mine who has also brought a upgrade as far computers go to help further along my work as a artist, Toby Person (a.k.a. Lupo Negro).  Toby has been a great friend and supporter for me personally and a supporter of Black Box Comix and it's books.


THE POSTIT ADVENTURES:  Where are we now with Johnny Vega?  Still on hold till I can access my external hard drive and rework the Postits.


OTHER STUFF:  Nothing new yet.


OLD BBC BLOG What a lot people I believe don't realize is "Tales from the Scratch Pad" are the new Black Box Comix Updates.  Check here if you want to see those old blogs.  That is of you want to read up on old stuff. And so there you go.  A lot of things going on at Scratch Pad.
Posted by Tales From the Scratch Pad at 7:04 AM No comments: