Apologies For the Lack of Info


HEY THERE SPORTS FANS,  AL HERE WITH THE LATEST:: 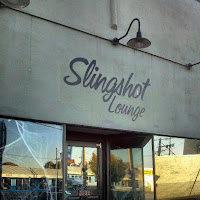 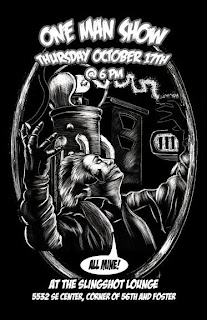 WELCOME BACK!
Man I tell you it has been a crazy month and half as the mass completion of The One Man Show was just about ready to go up and hoopla that goes with it, my computer tower crashes and burned.
NOT FREAKIN' COOL MAN!
But I am surviving until I can figure out what the hell is wrong with it
COMPUTER UPDATE:
As fate had it after taking the beast into the shop it was determined that both the processor and power supply was out of commission.
THERE WAS HOWEVER no loss of digital information on the two hard drives.   THAT'S A HUGE RELIEF!
That being said Super hero Dan DePaolo came to the rescue with another tower almost exactly like the one I had so transfer of the of hard drive was not a problem, the software was a slight change making everything near the same as I had it before.
SO with anything else a HUGE THANK YOU TO MISTER DAN DEPAOLO!

HOWEVER the thief known as time did leave certain outstanding projects such as heavy scans of the gallery work and putting the finishing touches on Corpse Cop "Arctic Wolf " on hold for a great period of time.
Being able to barrow a scanner is one thing from a friend.  It is quiet another to barrow time on somebody else's computer with photoshop.
An Kinko's makes way to expensive to use their system.
So unfortunately Arctic Wolf will not be making it to Jet City Comic Show this year.
Aggravating to say the least.
But everything now seems to be moving into fast gear for next year shows and books.  Corpse Cop should be under way within the next month as well as getting edits ready the "Inhuman Torch" story that I have been busting out and posting via Instagram. 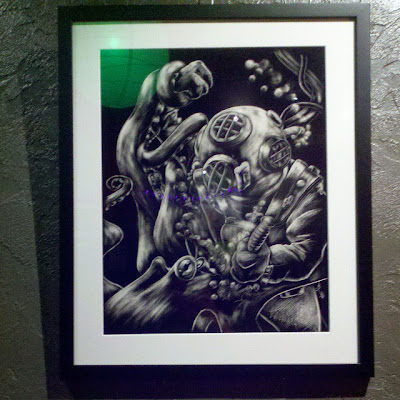 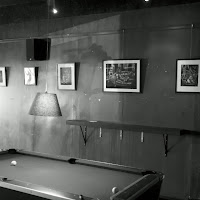 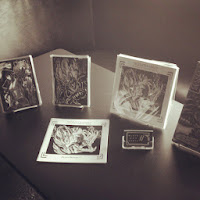 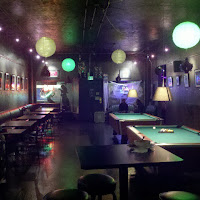 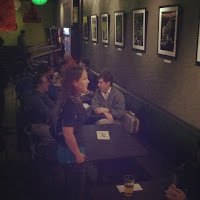 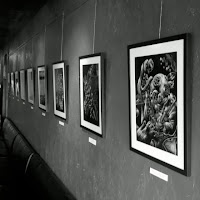 It came off as a huge success for the kid here.  Sold several different little things that were associated with both comics and the art of scratchboard and buttons!  My friend Joey Maas whom helped me get the gig and helped hang up the art complemented me for having other associated merchandise to have and sell if someone could afford a large piece of original scratchiness.  Selling not one large piece but two ("In the Nick of Time" for the Paula Akin Collection and "Deep Sea Calamari" for The Eric and Amy Collection respectively) over the course of last month.  Almost enough to cover  the cost of framing and everything.
I know there is a lot of liking for Steampunk material and so on and as it turned out Richard Parker came out of that.  BUT so close after the OMS at the Slingshot I happened along this.
Another deep sea diver being show cased in a window of a competing art retail store closer to home.
C'mon man, really?
Well after getting off the phone with my friend George for today that charging into a another art store and showing outrage for an image that mirrors my own work he suggested that I put a positive spin on it and approach the art store to show case my work in their window.
Personally I think this is a much better idea than going after somebody.

BUT  I'm still a little incensed by this, SO Richard Parker is going to get his damn show and anybody who copies it and says "it was just by accident " can suck it!
SO in short, I am still working out what has happened and still plugging away to play catch up.
If your wanting to look at some of the older blog for Black Box Comix you can check them out here. Black Box Comix Blog.
Or if you're interested in purchasing something that catches your eye  check out here on the Big Cartel web site.  Big Cartel.

And of course is always the backlog of comics here at Indyplanet.

And other merchandise here
http://blackboxvisualarts.bigcartel.com/
And I am outta here.
ALAN

Hop thru the Heart
Posted by Tales From the Scratch Pad at 7:44 AM 1 comment: