Hey y'all, Al here with the latest!
So it's been a while since I've been posting and there is a very good reason for that - I've been been busy!
Between doubling my effort on the Space Commission Triptych and prepping for the upcoming shows of this last recent Rose City Comic Show and getting ready for the 2016 EUCON in Eugene next month and this is all coupled with 2016 Inktober I've been busting my ass to crank out good work not just stuff that you sneeze on a sheet paper and call art. 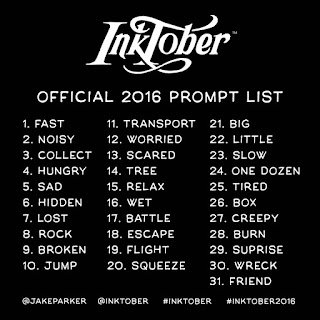 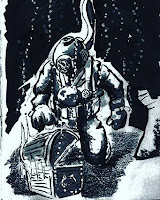 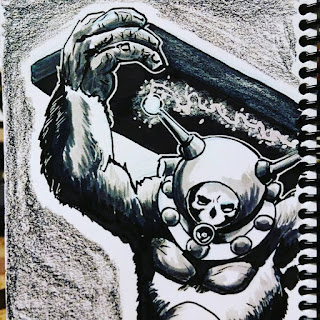 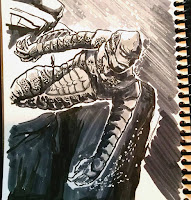 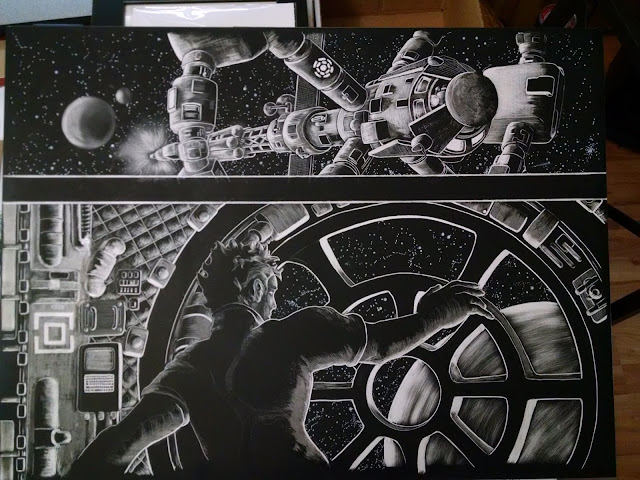 With that I'm also preparing several pre existing scratchboard images and "re mastering" them with color for the BIG 500 this year.
That stuff I'm excited about because I have gotten a negative feeling that color is just going to grab people's attention than black and white.
And of course this doesn't include my solo art show for next year at NWIPA. I still haven't come up with a name for that one yet but there will be one "Up from the Depths"
And have Chuthulu be part of the poster fish people of Dagon and of course with Richard Parker as well.
Now this ain't as easy as "Yeah, I'll just whip this out!". Nothing like that. There just had to be a plan.
So there you have it a small amount of stuff to look over and ponder.
Peace out! (- drops the mike)
Posted by Tales From the Scratch Pad at 2:00 PM No comments: